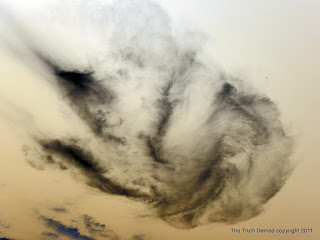 Diego Garcia harbors more than one secret, some reports claim that the military is harboring an underwater base that allegedly utilizes alien technology. There seems to be photographic evidence of the existence of under water bases as well. A Popular Mechanics investigation TRACKED DOWN SOME OF THE MOST INTERESTING ACTIVE MILITARY FACILITIES AND SPOKE WITH BRAD SCHULZ, VICE PRESIDENT OF FEDERAL ARCHITECTURE AT HNTB. HERE IS WHAT SHULTZ HAD TO SAY ABOUT DIEGO GARCIA.

For more on the story also read: http://www.thetruthdenied.com/news/2015/03/07/diego-garcia-a-black-project-military-base-with-secrets-to-hide/


Posted by The Truth Denied at 10:54 PM No comments: Links to this post

I have to give KUDOS to our 20K Plus You Tube members, I really learn a lot from them. They have made some very interesting observations regarding the news brief that I put together. For the most part, even though a lot of them disagree with one another, they are at least skipping the name calling, etc.

I would LOVE your feedback as well!

Posted by The Truth Denied at 10:59 PM No comments: Links to this post

A sharp increase in your pulse after a meal may be due to a severe allergic reaction known as anaphylaxis. This typically occurs within minutes of eating an allergen, with the spike in heart rate much more severe than that arising from normal bodily processes. While anaphylaxis may be due to a common food allergy, the Asthma and Allergy Foundation of America states that some lesser-known food additives may also cause allergic reactions. These include sulfites, aspartame, MSG, benzoates, the food colorant tartrazine and a range of preservatives, including nitrates, nitrites, parabens and BHT. While your pulse normally increases slightly after eating, you should seek immediate medical attention if you experience the sharp increase in heart rate that accompanies anaphylaxis.

Tartrazine, also commonly referred to as yellow dye #5, is a dye used to give foods a bright lemon yellow colour. It can also be used in combination with blue and green dyes to colour food various shades of green.
Some reports indicate that Tartrazine is the second most commonly used food dye after Allura Red (Red 40).1

Tartrazine is known as an azo dye and has the chemical formula of C16H9N4Na3O9S2.

What is an azo dye?

In chemistry, a hydrocarbon is an organic compound made entirely from hydrogen and carbon atoms, and there are many many different kinds of hydrocarbons.  Now, an azo dye is a chemical compound where two hydrocarbon groups are joined by two nitrogen atoms. The letters azo are derived from the french word for nitrogen, azote.
Azo dyes account for roughly 60 to 70% of all dyes used in the food and textile industries. The reason they are so popular is that azo dyes are cheap to produce and are more stable than most natural food dyes.
Looking at the chemical formula for tartrazine, we can see that there are other elements besides nitrogen, carbon and hydrogen present.  Specifically, tartrazine also contains sodium (Na), oxygen (O), and sulfur (S).
Sometimes you may find a reference that says tartrazine is made from coal tar.  This is not completely accurate.  The organic compounds used to make tartrazine can be extracted from coal tar.  In 1884 when H. Zeigler first discovered it, he was likely working with coal tar.  Today, the compounds are produced as byproducts of the petroleum industry.  This shouldn’t be as scary as it sounds.  Once the organic compounds have been extracted, the source isn’t important.

Tartrazine can be found in a wide variety of foods including desserts and candies, soft drinks, condiments, and breakfast cereals.  The following list provides some specific examples of foods containing tartrazine:
If you have other examples of products that contain tartrazine, let me know by leaving a comment.

Some people, particularly those with asthma or aspirin intolerance may also have an intolerance to tartrazine.2 Symptoms can include hives and swelling. It seems the possibility of tartrazine triggering an asthma attack is quite low.4
Reactions to tartrazine can range from mild to very servere. If anybody has had personal experience with a tartrazine allergy, please leave us a comment.

When combined with the preservative sodium benzoate, certain food colourings including tartrazine, may be linked to hyperactivity in children.

The E number of Tartrazine is 102.  Other yellow dyes include:

Besides being used in food, tartrazine can also be found in medications (think cough drops) and in cosmetics.
In Canada, manufacturers do not have to specifically state what types of colour they have added to food.  It is okay for the ingredient label to use the generic term “colour”.  However, because of possible allergies or intolerance, U.S manufacturers are required to declare the use of tartrazine. Because Canadians share so many products with the United States, we do see tartrazine on many of our food labels.